Inspiration – ‘What are your favourite words to say out loud?’

Dave Harland tweeted this question on 10/1/19. In a perfect world, my Twitter search skills would be such that I could find the original tweet to show you here. But I can’t. And I can’t spend any more time fannying around in ‘advance search’. If this reveals itself to me, I will insert at a later date. As it is, my thanks to Dave for provoking, well, this…

Suffice to say, this question set me off on some wonderings that became ponderings, which became a list, and some further questions, and are now this post.

Fuck (and its family)

I discovered that I really like saying all forms of the word ‘fuck’ and any of its relatives. Fuckity fuck, fuckwit, clusterfuck. Also love using it in phrases like “I’m hungover tae fuck” and “Get tae fuck” –  Scottish accent preferable.

The letter b and the number 11

I also learned that I really like saying words that start with, or contain, the letter ‘b’.

Warning: You really need to say these out loud to get the full experience!

I’ve narrowed it down to these 11 absolute favourites:

Lovely to say, lovely to make, not so lovely to get in your eye. It just jumps along from b to b, hardly interrupted by a short u, ending in a soft l.

Best said in as deep a voice as you can muster.

Two lovely bs, bookending the long oo, maybe with a little s friend at the end, maybe without.

Both meanings are excellent:

Boobs – pair of breasts, what’s not to like? (Apart from the price of a good bra.)

Seems to follow on naturally from number 3. ‘Wobbly boobs’ is a great description!

The best dunking biscuit – I’ve done my research. Satisfying to say such close rhyme altogether. Added points for almost being a bit rude!

Arabic, used in the same context as ‘sweetheart’ or ‘my baby’. When I was teaching I heard a lot of mums saying it to their children. It feels happy and warm to say. Loving the repeated ‘bibi’ sound.

Good rhythm to this word, with the b as the springboard to the rest of the word, bouncing off the d and the sh.

I have never been in an independent haberdashery. I do find myself wandering the haberdashery sections of large shops though. Mainly because I love the word haberdashery. I also love all the ribbons and buttons and fabrics and sequins that I have no idea what to do with. At most I buy lengths of ribbon from their abandoned ‘assorted’ box for present wrapping purposes. Would dearly love to be the sort of person that regularly needs the wares of a haberdasher! But I have absolutely no skill set in this area of life. Sewing on buttons, mending holes and hemming things are about it.

Soooooo nice to say. You can really draw it out and make the most of each sound. Also, you can’t beat a really good blurb that tantalises you without giving too much away.

Strangely, being as it’s so close, ‘blob’ just doesn’t have the same effect. Think it’s that short vowel sound. Enjoy the onomatopoeic element, but it’s not a favourite.

Yiddish, sometimes spelt bubelah. This is also used as a term of endearment, like sweetheart. I really love how it feels to say it out loud. It’s all soft and round and welcoming.

This is a great word to say, you can extend that ‘oo’ for as long as you want!  A lovely ‘b’ to start, followed by a short ‘a’ getting us to a soft ‘l’, then the big long vowel sound and landing softly on that gentle ‘n’.

Others that didn’t make the top ten, but you should definitely say out loud right now: Baloo, hubbub, bulbous, burble, flabbergasted.

Flabbergasted is the most underused word. I like it as a verb – ‘You flabbergast me.’ I love it in the sentence, ‘The hubbub left me flabbergasted’.

Why am I writing this?

Well, it started with me just wanting to share the fun. I genuinely find it pleasing to physically say these words out loud, And I wanted to see if you do, too.

But it’s turned into something else.

If you were just here for the boobs and bubbles, you can stop reading now if you like! But if reading education is of any interest to you, you might also like the next bit. 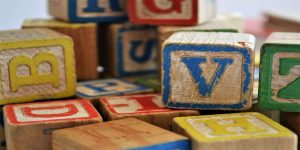 Learning to read is hard

Thinking about this strongly reminded me about the years I spent teaching little people in Reception. Obviously, reading is a key part of their learning. Learning to read is a complex process that is much more than simply decoding squiggles on a page.

And that’s where we all start from. The abstract idea that these seemingly random marks on a page mean something. And something different to these other marks that are, so we’re told, numbers. Until the connection between spoken and written words is made, the whole thing remains a concept. They must know that they can think a sentence, say a sentence, put that sentence on paper and then other people can read that same sentence. And the words won’t change and the meaning won’t change. And other people do the same thing and that’s what books are. It’s a lot.

And I haven’t even mentioned the whole physicality of books: there is a ‘right way round’, the pages are in order, we don’t eat them, we don’t write in them, we turn the page to find out what happens next. And the letters are in groups called words. Which are in groups called sentences. That end with a dot, I mean a ‘full stop’. Or maybe another random squiggle that means something else.

And I also haven’t mentioned that they can tell us all sorts of things: information about dinosaurs or cars, or stories, or poems (whatever they are), and you will like some of them and not like others of them.

And don’t get me started on the motivation side of things. It is such a hard thing to learn to do and it takes so long to be independently fluent – why would I keep practising? Because I love story time and I love the characters with all the different voices and I love the castle and the scary bits are good scary and I love learning all about other things and I WANT TO DO IT ALL BY MYSELF.

When you’ve been reading for years, it’s impossible to remember what it’s like to not know. Even learning another language isn’t the same, you’ve already got the concept. But for our littlest people, it’s so much. How we present it to them is so important.

This is the actual title – other meaning very much implied – from a phonics staff training course a colleague and I put together. Our way of acknowledging, as a whole group, that yes, we were indeed spending an inordinate amount of time rehashing the same thing. For reasons that are not ‘the best interests of the children’s learning’ – she said politely.

As I moved through my teaching career, the focus on the phonics element of reading and writing increased enormously. In my opinion, to the detriment of well-rounded literacy education. Partly because a national test was introduced and partly because its another ‘measurable’ to judge with. I’m not going into the details of all this because, frankly, it makes my blood boil.

A phoneme is a unit of sound. In the word dog, there are three phoneme, d-o-g.

A grapheme is the written representation of a phoneme. Chip, three phoneme with three graphemes, ch-i-p.

So, we learn the names of the letters in the alphabet, sing the alphabet song of your choice here.

And we learn the sounds that they make individually and in conjunction with other letters.

All important stuff that teachers have always taught. Whether we also included the words phoneme and grapheme is neither here nor there.

The code of our spoken and written language. Now, English being English, this isn’t as simple as it first sounds. Mainly because it’s not an entirely phonetic language. One of the very first ‘sight words’ children have to learn is ‘the’. In phonetic terms, t-h-e. Go on, sound it out. Even if you do two phonemes, th-e, it still doesn’t make sense because it’s a hard ‘th’ and more of a ‘u’ sound at the end.

Hence ‘sight word’ lists being a crucial part of early reading life. The words you must learn to read by sight because you cannot ‘sound them out’. And that’s all fine. Children just accept this as another weird fact in their life. Like, only the boys having a urinal in the school toilets that you can only wee in (yes, we have to teach this too!) and moving around altogether means forming one long line.

It’s not a problem until everyone is obsessed by the power of phonics and tells them to ‘sound it out’ as their first – perhaps only- early reading strategy.

Phonics is important, but so is everything else.

I loved teaching phonics – there are so many games and songs. And their delight when they ‘get it’ is just wonderful.

I was lucky enough to work with a few different Speech and Language Therapists and learned a lot from them about sound production. I hadn’t even considered the physical making of the sounds. Which I kicked myself for when I saw how useful its was when incorporated into our whole class phonics work.

What are you talking about?

Fair question. What I mean is thinking about – what are your mouth, teeth, tongue and voicebox doing when you’re making this sound. I’d get them to hold a hand near their mouth, to see if any air was coming out. And put the other hand on their throat to feel if their voicebox was vibrating. Then make the sound and really feel what was happening.

For example, you do it. Put one hand on your throat and one in front of your lips.

Now make the ‘b’ sound. Close your eyes and think about what your lips and tongue are doing. Is there any air coming out? Is your voicebox needed to make this sound?

Now switch to ‘p’. It’s similar, but different. How is it different? What bits do you need to make that sound?

Doing this made it so much easier for them to understand than my previous ‘copy me making this noise for no apparent reason’!

What’s all this got to do with the letter ‘b’?

Well, another thing I learned from speech and language therapists is that there is an expected age by which youngsters are able to say certain sounds. If they are within a particular age range, everything’s developing as it should. If they are outside that age range, maybe some professional help is necessary. Here is a nice simple chart from Humber NHS.

Putting all this together in my head has led to a variety of additional questions that I will probably never have the time to investigate more fully:

What are your favourite words and sounds to say out loud? Your children’s? Your friends’?

So, if I win the lottery, I’ll be in a room somewhere happily working my way through this list! If you share any of these thoughts, it’d be great to let me know – just so I can feel slightly less weird. I’d also like to know if you have favourite sound/words to say? If anyone knows of any research that’s already been done on these subjects, I’d love to know about it.

Thanks for sticking with me there! 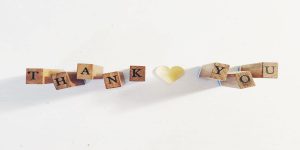 Photo by Courtney Hedger on Unsplash