Is being a ‘Xennial’ a thing? Are you a Xennial? Does it matter?

Is being a ‘Xennial’ a thing? Are you a Xennial? Does it matter?

What is a Xennial?

The term ‘Xennial’ was first coined in a GOOD magazine article called, ‘Reasonable People Disagree about the Post-Gen X, Pre-Millennial Generation’ by Sarah Stankorb and Jed Oelbaum in 2014.

The introduction to this article defines ‘Xennials’ as: “Between Generation X and the Millennials, there’s a group of people currently in their late 20s and early 30s who don’t identify with either label. We call them the Xennials—a micro-generation that serves as a bridge between the disaffection of Gen X and the blithe optimism of Millennials.”

Is it good or bad to be a Xennial?

Each author has a different standpoint about being in this demographic. Stankorb’s section entitled ‘Glad to be a Xennial’ argues positively for her accident of birth as a Xennial. It’s really worth a read, she makes some excellent points and is very entertaining. In the penultimate paragraph she summarises: “Still, I’d argue that those of us in between X and Millennial got some of the best of both worlds; we lucked out on history’s unwind. We adapted easily to technological advances but weren’t as beholden to them as our juniors. We were by no means immune to the Recession, but many of us were able to duck its heftiest blows.”

In the opposing camp, Oelbaum’s section is called ‘Bah! We Xennials are a Sad, Sorry Lot’. His final paragraph summarises his earlier, eloquent points with, “We’re a weird brood of ugly ducks, us Xennials—too young for Caleco, too old for Uniqlo—we can’t live without our smartphones, but our clumsy hands still type better on a qwerty keyboard than a touchscreen. We’re not the future; we no longer demographically matter, and yet we haven’t become the establishment; we have no savings, and never made it to middle class. We were never very cool. Us Xennials are a sad, cynical, sorry lot. Or maybe it’s just me.”

Already, in its first outing as a word, being a Xennial has many potential consequences! 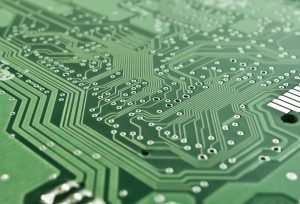 I came across an article in Business Insider by Marlee Stollen and Gisella Wolf in which they identify strongly with the definition of Xennial,

“We live with one foot in Generation X and one in Generation Y. This is an uncomfortable position — and we aren’t fond of it. But there is a simple solution: We can call ourselves a micro-generation. We are not Gen-Xers. We are not millennials. We are in between, we are Xennials.”

In this, and other articles, one factor is included in all the definitions of a Xennial – technology. Xennials grew up in a world without mobile phones or the internet and can remember the various development stages to today’s digital world. Apparently, Xennials are au fait with social media and current tech, but are not as constrained by its pressures.

This got me thinking about a variety of things; What are all the other generations called? Why do we categorise people by generation and attribute certain characteristics to those numerically defined brackets? How does it affect our lives?

What are all the other generations called?

In the 19th century, philosophers began to promote the idea of social generations with different mentalities. “Anybody born only a decade earlier or later might have become a completely different person as far as his own education and sphere of action are concerned,” Goethe argued in 1811. (Reference taken from Juliet Lapidos’ article ‘Wait, What, I’m a Millennial?’ Proving that this idea of grouping people together by age and attaching meaning to these groupings is not new.)

There is no definitive agreement on where the generational divides lie, or on what they are called. I am including two of the several available examples.

The first is from Michael T. Robinson and goes back before the First World War.

I love this second one from Vanity Fair, by Bruce Feirstein. It is called ’From Millennials to Boomers: The Ultimate Generation-Gap Guide’ and is introduced by Feirstein, “Show this to your grandpa. Seventy years after the end of W.W. II, 50 years after the Beatles at Shea, 20 years after the birth of AOL, 10 years after YouTube, and 3 years after “Call Me Maybe,” Vanity Fair charts the latest generational divides—and the state of our psychic disunion.”

In the Oxford Living Dictionary, demography is defined as “1. The study of statistics such as births, deaths, income, or the incidence of disease, which illustrate the changing structure of human populations. 1.1 The composition of a particular human population.”

In marketing and advertising worlds, the demographics of existing and potential customers is hungrily sought in order to ‘understand your market’. Here, the generations each have their own generalised personality that can be targeted and persuaded in particular ways.

Whilst we can all understand how useful that could be to decide on an ad campaign, is it not a gross oversimplification?

Don Woodman, an Associate Professor of Sociology at the University of Melbourne, pointed out that identifying with a particular group is about more than just being born in the same time span. “Internal to whatever these groups are, whether it’s Millennials or Xennials, there’s going to be people who have very very different experiences based on whether they’re a man or a woman, whether they had a lot of money or not much money as a kid. Because there’s still people in the Millennial group who didn’t have a phone until they were older because they couldn’t afford it and I do remember that there was a couple of really rich kids when I was a later teen that had phones.”

What difference does it really make?

I can’t help but think that the answer to this question is ‘not a lot of difference at all’! As I stopped being among the youngest in a multigenerational workplace, I began to realise that my frame of reference was different to those of different ages.

The shared childhood and young adult experiences of music, film, TV shows and even adverts are common to those who were the same age at the same time.

Discovering that someone you know as a colleague also had the poster of ‘half naked man holding baby’ from Athena on their bedroom wall, is a little bonding moment of shared human experience. Especially when both older and younger colleagues are giving the ‘what are you talking about?’ look! 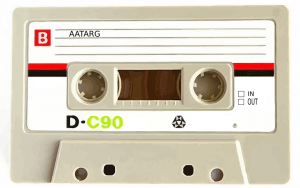 Xennials know what this is!

I’m not sure things like that are still as relevant now that there are so many different ways to access entertainment. When there were only three, then four, channels, everyone who had a TV was literally watching the same thing. We all had the issue of ITV’s Saturday night movie being interrupted by the 10 o’clock news bulletin. Now I wonder if it is more about bonding over specific TV shows and making sure not to give spoilers to those only half way through their box set binge. 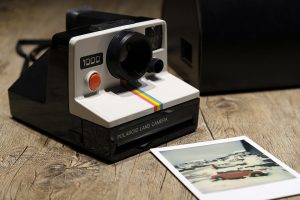 The excitement of these!

It only takes the briefest of plunges into any historical study to realise that just because people were alive at the same time, this doesn’t mean they thought or felt the same way about the issues of the day.

As a writer whose ultimate aim is to connect businesses with their clients using the written word, I don’t find such broad generational generalisations that useful. Everyone that reads words on a screen is reading as an individual. If there is a specific target market, that’s great, I can really hone in on their interests and what would be useful to them in the context of my clients’ business offering.

But I still think that aiming to make people feel a particular way is the key to valuable writing. After all, our feelings prompt our actions. I’d rather look at that more common human experience than imagine I’m writing to a group of, for example, Xennials who we assume all have had the same experience and therefore have formed similar character traits. I just haven’t found convincing evidence to support this. Please let me know if you have; in all honesty, it would make things much easier!

Maybe I’m just not sophisticated enough to recognise when this is being put to good use. We all recognise the often patronising tone used in adverts for ‘elderly’ people products. Perhaps I am being demographically targeted and I don’t even recognise it. I am very entertained by MoneySuperMarket’s He-Man and Skeletor advertising campaign – which I believe is total genius! The cartoon, toys, music, Dirty Dancing routine and even the bit of line dancing thrown in are all obvious 80s hooks. And it does make me laugh. Perhaps that started with a list of Xennials’ childhood/young adult experiences and grew from there! (Seriously, if you love Dirty Dancing, give it a quick watch. Don’t they make a lovely couple?!) 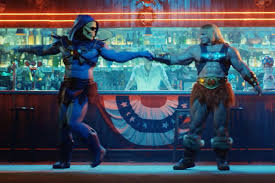 Well that took an unexpected swerve right at the end. What do you think? Do you feel part of a particular generation? I’ve added my list of other sources at the bottom of this one, in case you are in need of more detail. I do love a new word and so I hope, at the very least, I’ve provided you with that definition. And possibly more questions than answers…oooops!

Next week…Christmas something or other! (Probably starting with the perfume/aftershave ads…what is happening there?!?!)

If you only have time for one, read the last one.