What is a portmanteau?

A portmanteau is when the first and last part of two different words are smushed together to create a new word with its own meaning. Like smash + mushed = smushed. This is a nice little explanatory video from Oxford Dictionaries.

It is also the name of a big suitcase that has two equally sized halves. 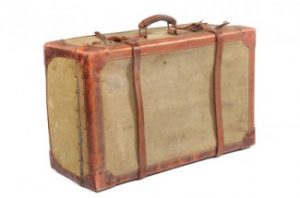 The word ‘portmanteau’ is even a portmanteau itself! The suitcase definition comes from 16th century France; ‘porte’ meaning ‘carry’ and ‘manteau’ meaning ‘cloak’ becomes ‘portmanteau’. For me, this is its own little bit of joy as I am very fond of the world of accessories. These look amazing! Mind you, trying to get one into a train luggage rack nowadays would make you a very unpopular traveller! 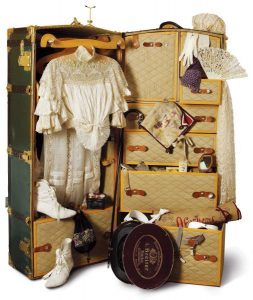 Portmanteaus are not the same as compound words because they use parts of words. Compound words join two complete words together to make a new word, like website, housemate and schoolgirl.

Lewis Carroll gets credit for first using portmanteaus in ‘Alice Through the Looking Glass’. During her conversation with Humpty Dumpty, Alice learns that “slithy” means “lithe and slimy” and “mimsy” means “miserable and flimsy”. I think we’ve all come across those people. 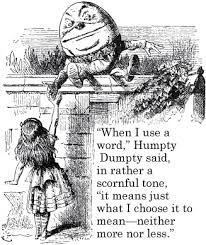 I have very strong feelings about particular portmanteaus; some positive, some negative. It surprised me to learn this about myself and once I started thinking about it I realised that I have extreme views about most portmanteaus.

If they are usefully naming a new thing or concept, I remain neutral. Words like: internet (international + network), malware (malicious + software) and emoticon (emotion + icon). I have no strong feelings either way, they are just handy labels.

But other portmanteaus either infuriate me or delight me to the extreme. How do you feel about them?

Let’s start with the negative, in no particular order and with as much reasoning as I can muster. Fair warning: there may be a couple of sweary words in here.

Why the extreme reaction?

I’m not sure why I have such extreme reactions to most portmanteaus. Maybe it’s because they are brand new words, so I feel like I have to judge them instead of just using them.

Finding out the definition of a new portmanteau means that I am looking at it more closely as a word. I stopped doing this with all the other words after I internalised them into my own vocabulary. Well, unless I’m writing something and I just can’t quite find the one I want. Then I hate all the words for a few minutes!

I guess once you’ve learned something new, you then choose whether or not to use it. Is it useful? Is it necessary? Do you just love it, or hate it, on sight? Is it a case of ‘finally, there’s a word for that’ (like mansplaining)? Isn’t it just amazing that our language continues to evolve right alongside us? 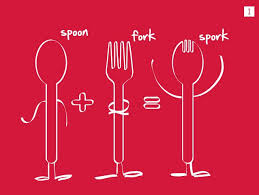 I leave you with ‘spork’ because I thought the person who first described this to me was taking the mick, but it is actually a thing. Finally, ice cream and cake on the same utensil!