Which is the best Christmas film?

My intention was to write a ‘Top Five Christmas Films’ list type article. But as it turns out, I couldn’t decide how to prioritise them! What you actually have is my top two Christmas films (I couldn’t pick one over the other), some of my other favourites and one warning.

George, the main character, is driven to the brink of suicide. Triggered by a financial situation, he is overwhelmed by feelings of failure, regret and the pointlessness of his own existence. God is watching and sends down Angel Clarence to convince George that his life has been meaningful. To do this, Angel Clarence decides to show George what the world would be like if he’d never lived. If he succeeds in this mission, Clarence earns his Guardian Angel wings. You just have to suspend your disbelief and/or atheism here and go with it.

I’m not going to spoil your experience by revealing any more of the story. But I am going to leave one of my favourite quotes just here,

“He is not a failure that has friends.” Angel Clarence 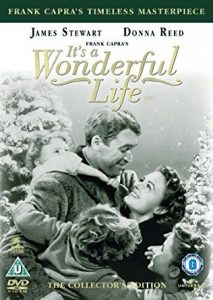 On a serious note, Christmas can be challenging for many people on many levels. Struggles do not have to be faced alone, you can call the Samaritans at any time on: 116 123.

‘Scrooged’ is an 80s retelling of Dickens’ ‘A Christmas Carol’ and it is my favourite film adaptation of the book. This modernisation is set in the ratings driven world of TV production where money is the only measure of success. The very best thing about this film is Bill Murray.

Even though his character is thoroughly obnoxious, you’re still rooting for him. When I first watched ‘Scrooged’ I found some of the harsher scenes genuinely shocking. The three ghosts lead him through some dark places. But it’s OK because you know the story, so you know there’s going to be a satisfying, happy ending…tear-soaked sing-a-long and all! 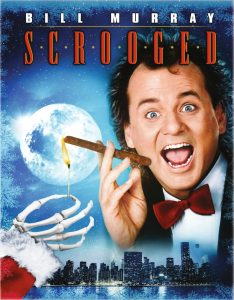 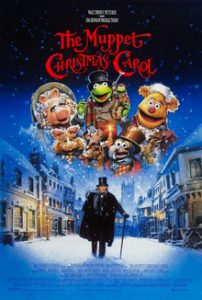 Bruce Willis excels at what he does best: the sarcastic, up-his-own-ass-yet-somehow-likeable, accidental action hero John McClane. Alan Rickman is the amazing German baddy Hans Gruber who is driven only by greed. Fast-paced action shenanigans, plenty of dry wisecracks and a great catchphrase “Yipee-ki-yay motherfuckers!” What more do you want?! 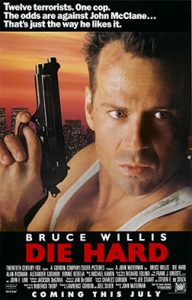 This one’s a nostalgia trip for me because I remember going to the cinema to see it as a kid for a treat. After the rather traumatising start (Mr and Mrs Claus appear to freeze to death), it’s a multi-coloured extravaganza during which an ambitious elf learns an important lesson. 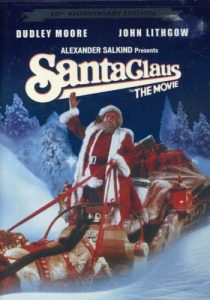 I have to be in the right mood for anything Will Ferrell. In the wrong mood, I want to throw stuff at the screen. In the right mood, this is the most hilarious Christmas film ever made and I love it! 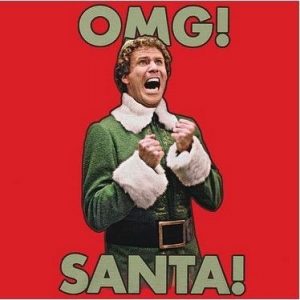 ‘Miracle on 34th Street’ (both versions) 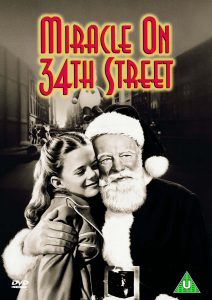 You need to accept that Father Christmas is real to embark on this movie with the right mind set (also get some chocolate and a blanket). If you do, you are treated to a magical story, told convincingly in both the original and remake (with Richard Attenborough as Santa). Yes, it’s a bit cheesy and there is a predictably happy ending…but it is Christmas!!! 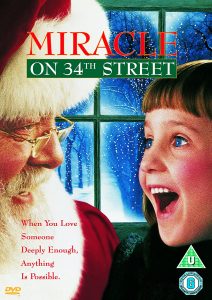 OK, this is actually more of a warning. I remain emotionally scarred by one viewing of this film, thanks to Michael Keaton’s acting prowess. Basically, he is a deceased Dad who, through the magic of Christmas, comes back to his family through their snowman. I know! Can you imagine the pitch! But he plays it so well you believe it. My details may be slightly hazy, but there’s no way I’m watching it again – there aren’t enough tissues in the world!! 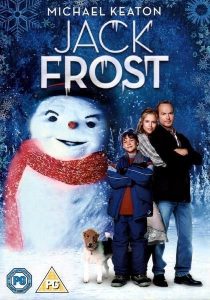 You have been warned!

What’s your favourite Christmas film and why? Do you have any books that you always read at this time of year? Don’t let’s start on Christmas songs…!

Whatever you’re doing, hope you enjoy your festive season and get to do some of your favourite things. Merry Christmas!

This image is my current favourite thing online!

I would like to give the photo credit for all of these images, so please let me know if you have this information. Thanking you!